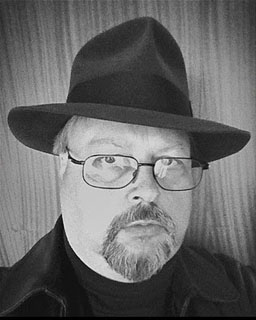 Welcome to the new Bloxwich Telegraph.

Since 2006 this publication has been known, in another format, as The Bloxidge Tallygraph, in tribute to the humorous – and scurrilous – 1870s news-sheet of the same name, written in genuine Black Country dialect and given out at the old Bloxwich Wakes.

The new online Tallygraph had a strong emphasis on local heritage, having its origins in my wish to offer articles on the local history of Bloxwich and district, but over time it became as much a newspaper, as well as providing a wide range of additional community and business information.  It did its best to support local and community events like the Bloxwich Carnival, and to cover an area including Bloxwich and Little Bloxwich as well as Blakenall Heath, Leamore and, latterly, Birchills.  All these places are closely linked by history and geography.

This year, however, it has become increasingly obvious that something had to be done to reduce the ever-increasing cost (a particular problem due to serial pay freezes and future wage cuts at my place of employment) and the amount of time taken to produce the Tallygraph, which was compiled using webs.com, an excellent system for hosting websites but sometimes very slow and inflexible to work with, and short on modern technologies like RSS capability and the ability to post news in the field.

So it was that I decided, reluctantly, since it would require a lot of work and not everything could be transferred, to move the Tallygraph over to WordPress, a system better known for blogging.  Initially, I decided to rebuild on the WordPress.com platform as that is basically free, though it has its own limitations.  I have not ruled out moving again, to WordPress.org, a more customisable system (but not free), but I want to see how WordPress.com works out for a while, and gain experience in using WordPress, as well as seeing whether I really need all that extra sophistication, before making that decision.

It has not been possible to retain the ‘old newspaper’ look and feel of The Bloxidge Tallygraph under the new system, and some of the older, but little-used features of the Tallygraph have had to go.   Despite this, I believe that on WordPress I can now offer a better, more responsive and more integrated service to the community, and it will certainly lighten the load at this end.

It has also been difficult to transfer some of the articles as-is, due to peculiarities in the page layout of The Bloxidge Tallygraph, so not all of the articles are correctly formatted as yet, and some of them are lacking photographs. These minor difficulties will be sorted out in the next few weeks, but meanwhile we will be in ‘public beta mode’ until those corrections and any necessary improvements are made.  They do not affect the news service.

The new look of this publication has prompted a change of name, as you can see.  You may or may not be aware that the original Bloxidge Tallygraph, which dates from 1874, itself underwent a major transformation in later years, and by January 1886 it had been reborn as The Bloxwich Telegraph, which although no longer presented in Black Country dialect, was even more of a rabble-rouser for the village than its predecessor!

I decided, therefore, that since major change was inevitable, it would be fun to follow the lead of the modern Bloxidge Tallygraph’s illustrious predecessors, and this new-look, WordPress-based publication has today been re-launched, and will henceforth be known as The Bloxwich Telegraph.

If nothing else, this will mean that the old folk of Bloxwich will at long last be able to retain their false teeth while speaking its name…

I hope you will find the new publication and service as interesting and useful as the old one, and will come to appreciate its new features. The Tallygraph will remain in place until I am satisfied with the Telegraph.

This page may change from time to time, but in general future Editorials will be published as with any other news post, to aid ease of announcement and access.  Editorials published in this way may appear as a “sticky” post in a box on the front page and can all be accessed via the Categories button in the right-hand column on each page.  They will be listed in chronological order, oldest at the bottom, and can also be picked up using the search box at the top of the page.

Comments are closed on most pages but Editorial posts will have comments open (but moderated) to aid discussion on specific topics.

For general discussion you are welcome to join our Facebook group.