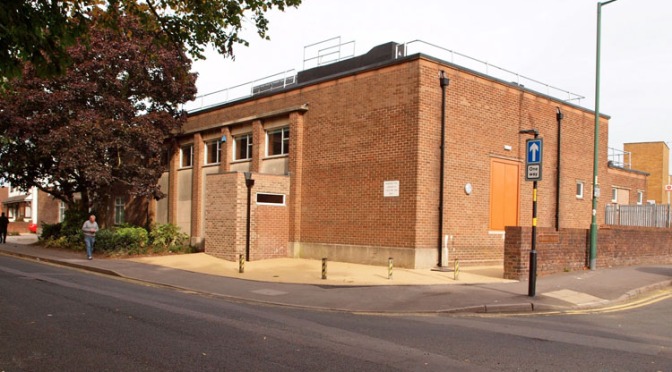 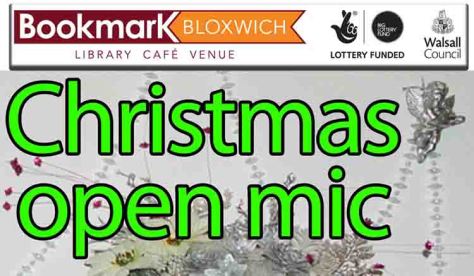 A popular little theatre in Bloxwich is marking the second year since its’ re-opening with a special Christmas Open Mic Night this Friday 14 December at 7.30pm for 8pm – and admission is free!

The library itself was first opened in 1960 as a state-of-the-art facility for Bloxwich and district, and it was always planned that a theatre would be added for drama, music, film shows and educational lectures.  That theatre – originally known as Bloxwich Library Theatre – was later added as an extension to the library building, opening in 1964, and the rest, as they say, is history.

Since re-opening after the much-needed refurbishment, the life of the theatre has been rejuvenated not only by additional facilities such as the new café bar but by the efforts of local people, in the form of Bloxwich Library Forum, a volunteer group which manages,  raises funds for and supports the theatre in partnership with Bloxwich Library.  The Forum has worked closely with theatre technical manager Bruno Edwards and library staff over the past two years to book and present plays, live music, film shows and many other public events.

“We’ve had a lively couple of years with many great acts and events and after a busy and successful 2012 for the theatre it’s certainly time for a celebration!  This Friday night there’ll be music, poetry, costumes, Bayard’s Colts songs and with any luck – mince pies!  What’s more, admission is free!

“Our regular Open Mic Nights offer a place for singers, song writers, poets and musicians to play, jam and try out songs and poems on our full PA.  If you don’t play or perform then do come along and listen.  The venue and stage are fully accessible, as is the well stocked bar!

“Anyone interested in booking a slot to perform on the night should contact Bruno Edwards – email: open.mic.bookmark@gmail.com or telephone 07973 492387.  Christmas costumes optional!”

For more information on Bloxwich Library Forum and Bookmark Bloxwich Theatre, check out the Forum website: