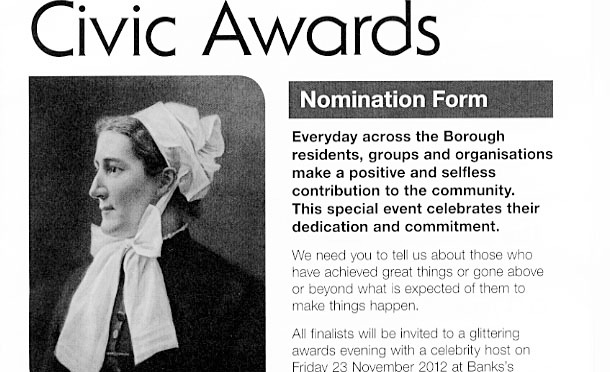 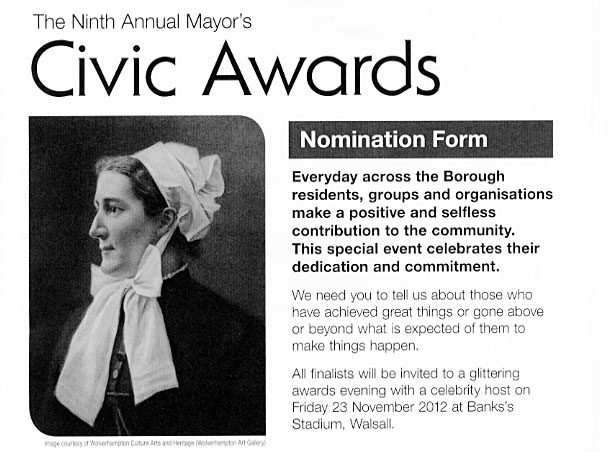 People have just under a month left to come up with nominations for Walsall Metropolitan Borough’s unsung heroes who deserve to win a special Mayoral accolade.

The ninth Mayor of Walsall’s Civic Awards is being held at Banks’s Stadium on Friday, 23 November 2012, and the closing date for nominations is Friday 10 August.

The awards are known as the “Doras” in honour of Walsall nursing heroine Sister Dora and aim to shine the spotlight on inspirational residents of the borough who make a difference to the lives of others or who have clocked up personal achievements.

The Mayor of Walsall, Councillor Dennis Anson, said: “There’s just under a month left to make nominations for my civic awards and I ask people to set aside some time to do so.

“We have some wonderful people in Walsall who do so much for others and never ask for recognition or thanks for their efforts. This event is all about acknowledging their contribution to their communities or their personal achievements – often in the face of adversity.

“With the focus on the Olympics this year I would particularly like to see some more entries for Walsall’s Outstanding Sporting Achievement but all seven categories are important.”

The seven categories are:

People can nominate worthy winners online by going to www.walsall.gov.uk/nomination-applications or complete  a hard copy of the nomination form which is available by contacting Jo Whitehouse in democratic services on 01922 654368.