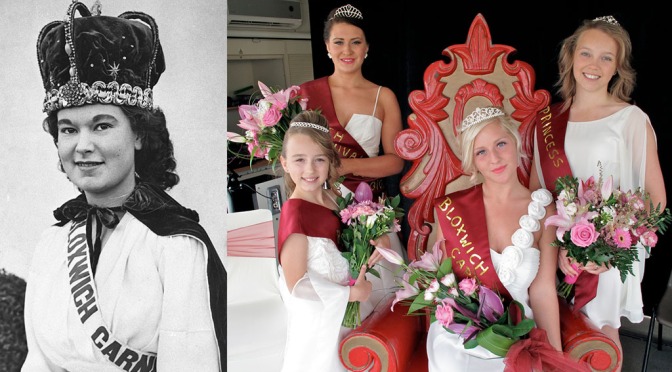 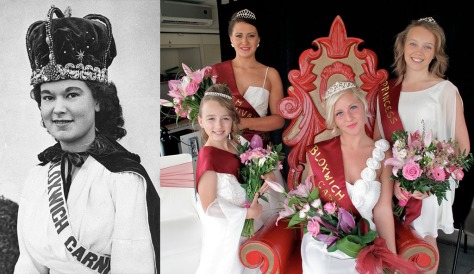 A call is going out to the young ladies of Bloxwich and district to step up, stand out and represent their home – while having lots of fun – in the premier local event of the year: Bloxwich Carnival!

And there’s a chance for three girls to be crowned Carnival Royalty, becoming part of a fine local tradition which dates back to the end of the Great War, with the opportunity to become the new Bloxwich Carnival Queen, Princess or Rosebud for a year!

Organisers Bloxwich Carnival Committee have announced that the 2012 Carnival Royalty will be selected in an exciting contest taking place at 11am on Saturday 21 April at St. John’s Methodist Church Hall, Victoria Avenue, Bloxwich.

Entries are now open, and forms and posters may be downloaded via the links at the end of this news item, including full details and the terms and conditions of entry.  So why not give it a go?

To be eligible to enter, contestants must live in the Bloxwich/Walsall area and their parents or guardians must pay their Council Tax to Walsall Council.  They  must also be within the specified age limits for the Queen, Princess and Rosebud. In all cases proof will be required

The Carnival Queen, Princess and Rosebud will be required to attend the Carnival Day, which this year is Saturday 16 June, when they will be crowned by local dignitaries in a grand ceremony at the carnival ground, King George V Playing Fields. They will then be free to enjoy the rest of the carnival, which this year will be even more spectacular than before!

Winners will be representing the Bloxwich community as Ambassadors. Holders of similar titles in other towns/areas during the carnival year will not be eligible to apply as this could lead to conflicting commitments.

Previous holders of titles are not eligible to re-enter for the same category but may enter another group provided they qualify by age.

If you do not have Adobe Acrobat Reader for pdf installed, you can download it via this link.